A Bit of a Catch-Up 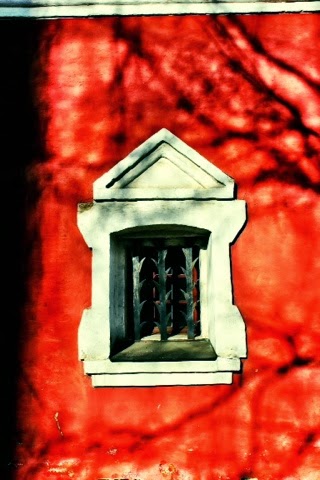 I have completely blown-off blogging for the last few months.  It's not that I haven't been out and about doing things, rather life just seems to have flown by in a "busy with the daily routine" fashion.  So now I am feeling it's time to do a bit of catching-up because I do want to remember my days here in Moscow.

A few things have slown down the creative thinking for me.  First would be winter, or the absence of it here in Moscow this year.  We came prepared to be buried in snow and frozen by the cold.  Yet all the snowpants, thermal layers, hats and gloves still look new with little use.  It's been an unusually warm winter here.  I have followed the news stories of history breaking storms in Michigan and find myself green with envy.  You see, I love snow.  I love a good cold winter where the snow lingers and I can enjoy cross country skiing and ice skating.  We even bought the girls these awsome Sochi Olympics cross country skiis that only got used one time.  The ice skates paid for themselves with four or five uses.  So the weather has simply been uninspiring.  Fingers crossed for next winter, right now I'm moving on.
The Olympics and Sochi drained all energy from the employees here at the embassy.  Months of meetings, stress and preparation of "worse case scenario" occupied certain employees, my husband included.  As the Olympics began a whirlwind of essential meetings occupied all free time.  I am so thankful the main event is over.  I am thankful that there were no incidents.  I am thankful we have our lives back.
I've been looking for a job.  We don't have the freedom to work on the economy and I don't have any language skills anyway.  I've been interviewing with the embassy for a year now.  There simply aren't many jobs for spouces and I've pretty much blown the interviews I've had.  The first two were via skype.  Complete disasters.  The next one went quiet well, but I later learned I was dressed wrong.  Apparently a straight skirt, sweater and tall boots are not proper State Department attire.  In the fourth interview I was immediately told by the interviewer that I needed to start at the lowest job possible after being a mom for 20 years because that is what his wife had to do.  So I was doomed from the begining of that one.  I recently iterviewed for another position.  I changed my tactic this time.  Sat down with a friend and redid my resume.  Another friend went over wardrobe with me.  I now own a rather boring, grey suit.  At least the shoes displayed a bit of pizazz.  I googled interview questions, I practiced out loud.  I wrote answers down that I brought with me in a borrowed leather portfolio.  I think it went pretty well.  And now I wait.  I was told I would be given an answer a week later.  That day came and went.  So now two and a half weeks after the interview I sit here waiting, and wondering.  I have realized that waiting with hope drains one of all energy.  I can't concentrate on anything beyond the mundane.  A verse in the Bible comes to mind.  Proverbs 13:12  "Hope deferred makes the heart sick,  but a longing fulfilled is a tree of life."  At this point I simply want an answer.
So life has been dragging on a bit, but today I saw bulbs popping through the soil.  The sun is shining and I'm going to grab my camera and head down to St. Basil's and the Kremlin because although I've visited several times, I've never wandered around that area playing with my camera.
Posted by Inner Beauty at 5:34 PM