But I Wanted That 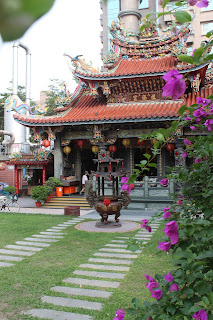 But I Wanted That!

You know when you want something, you have your heart set on it and you're emotionally involved with the wanting of that thing?  Then you don't get it.  Life takes a turn and it doesn't include that thing you wanted so badly.  It doesn't even have to be a thing.  It could be a job or a circumstance or a raise or...

It's disappointing, to put it mildly.  I know that I have a hard time getting my mind off the fixation of that thing that I wanted--that I had decided was so good for me.  I work hard to put it out of my mind and focus on the present and what is good. But I still battle, way too often, with the little voice of "But I deserved that." or "I would have been so good for me."  Over and over, I put those thoughts down.  I try to squash them but like an ornery bug, they keep coming back to pick at my mind.  I even try hard to had it all over to God and trust Him that there is a bigger plan, that He had a reason and that He knows best.

I want to see redeeming value out of the loss of my "I wants."  I guess it makes God seem more real if I see His purpose or at least His reason.  It helps me let go of my wants and go with His plan.

I've had a couple of those "I wanted, I deserved" type things with this move.  We, and I am a part of the we in this household, wanted to move to Rabat, Morocco.  We wanted Africa.  We love Africa and really, really wanted to live there.  We got door number two.  Taipei.  Now, we are loving Taipei.  There is nothing bad about it and in fact it is all good, good, good.  But it is not Africa.  So this little voice comes in my head and says it's not fair.  I reign myself in and think how good it is for our daughter to be in a safe environment.  How lucky she is to go to a top notch international school.  How she can go out with her friends to a night market and it is more moral of an environment and safer than going to the mall back home.  We have freedom here and it is wonderful.  Yet every once in awhile, this little voice pops into my head and I have to go through the process of squishing it down all over again.

Then there's the matter of housing.  We are in an absolutely amazing apartment.  Our neighbors are incredible and I love every moment I get to spend with them.  I can walk to three grocery stores (which is a fortunate thing because any one of those stores never has all the items I need to complete a meal), a mall, a movie theater and the MRT station.  We can walk to hiking trails and be in the mountains in a matter of minutes.    This is a good place.   But then I see other apartments, ones that much, much larger than ours and that little voice pops back in my head.

I've been having a problem with my eyes.  It all started rather suddenly.  One thing turned into two.  It's really weird walking around with double vision.  I can't tell how many of you there are.  I turn my head odd ways trying to get things to slide back together so I can read what a screen says or simply hold a conversation.  I went to the ophthalmologist and he gave me a diagnosis and glasses came in a week later.  Things haven't gotten better, rather they've gotten worse.  I went back to the ophthalmologist yesterday and he wasn't pleased so in the next few days I need to go to a neurologist.

Suddenly things began to come into focus.  Not with my eyes, but with my head and heart.  If God gave me what I wanted, I would be living in Africa where I highly doubt they have reliable neurologists.  I'm not sure I even could have gotten these glasses made there.  I think at this point I would be looking at being medevaced for some tests.  I would have to go alone and couldn't return until I was cleared to be back in that country.  Instead, I will only have to miss a few hours of work and my husband can come with me.  I began to think about how thankful I was that I live in Taipei.  God took care of it, He took care of me.

As I was walking  home from work I realized that God took care of our apartment too.  I live in an area where I can get around without a problem.  If we lived on the mountain or by the school, I would be loosing a lot of my freedom now.  I can't drive--seriously, I have no way to judge which the true edge of the road is.  I have to rely on the MRT which is closer to my apartment here than any other housing area in the city.

Last night my heart just began bubbling over with the goodness of God.  I probably should be a bit worried about my eyes, but all I could think about was how God had taken care of all the details.  Even when I threw my little fits and struggled with my attitude, God didn't give in.  He knew there was a reason and a purpose for where I lived, even down to the apartment we are in.

Hopefully this eye thing is just a little blip in the road and I can move on.

You can be sure that God will take care of everything you need, his generosity exceeding even your in the glory that pours from Jesus.
Philippians 4:19