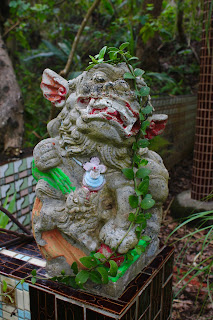 When the Doc and I were young and spent some time in Africa, the missionary told Doc that he needed to have his haircut in every country he visited.  Different cultures just do it differently.  He wasn’t kidding.  We went to the local market and found a group of barbers congregated in the middle.  The Doc sat down on a tree stump.  The barber gave the cape a flick and it floated down, settling on his shoulders.  The the scissors came out.  The barber talked and talked.  He wove a wild story all while his scissors snipped in the air at amazing speeds.  Every once in a while the scissors came dangerously close to Doc’s head and a chunk of hair fell down.  The barber stopped, looked Doc over and seemed very pleased with himself.  He had probably never cut a white head of hair before.

Notice that our friend told the Doc to have his hair cut in every country, but his wife never suggested that to me.  I understand why.

They speak English in New Zealand, but terminology can be different.  When I was trying to tell the Maori woman not to cut my bangs, she just gave me a blank look.  I finally understood that my “fringe” would remain long.  All I could think of was the fringe around the formal loveseat in my mom’s living room.

Colombia presented another round of problems.  My hair is fine and silky, blonde.  A Colombian’s hair is thick and rougher.  Colombians have gorgeous hair, it just doesn’t lay the same as mine.  The word “thick” is important here.  I never could quiet convey strong enough the importance of not thinning my already quiet thin hair.

I couldn’t afford to get my hair cut in Moscow.  I let it grow and grow.  We took at trip to Vilnius, Lithuania and I decided to get my hair cut.  The girl did the most amazing job.  I loved it and was able to style if later.  That’s the sign of a good cut—if I can do it again!  I figured out that I could buy a round trip plane ticket to Vilnius and get my hair cut for the same price as a simple cut in Moscow.  Bonus, I would be happy!  I never did it, I mean how hoity-toity would that sound?  “I just hop on a plane and jet on over to Lithuania for the day to get my hair done.”?  Thank goodness the ruble drastically fell and I was able to afford taking care of my hair.

Now I find myself in Asia.  I’ve looking in a few hair salons in my area.  They don’t cater to the expat crowd.  I also don’t have any travel plans to go haircutting destinations, so I’m just going to be winging it in a few weeks.

So what have I learned from my haircutting experiences?  Have no expectations.  Make appointments at my trustworthy hairstylist six months ahead of a planned trip home.  Be grateful for those times I do get a good haircut and hang in there for the other times.  I know it’s not great challenging material for those of you back home.  It’s just one of those little things thatI am now very aware of.
Posted by Inner Beauty at 8:31 PM