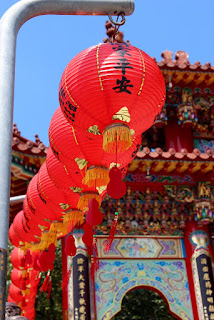 Sometimes, it's easy to become critical of people who don't do things the same way we do.  Something as basic as driving on the left side of the road can become "Why do they drive on the wrong side of the road?"  It's not even an issue of right or wrong.  It's simply two ways to do the same thing.  One is not better than the other, it's just not what we are used to or grew up with as the acceptable norm.

There are so many issues that are like this, but it's very easy to see them as black and white, right and wrong issues.  When we haven't experienced something different, it's very easy to point a finger and judge.  But what good does judging another person do, simply because you do not understand them or their way is new to your thinking?

During my time living overseas, I've picked up some new ways of doing things.  While home, I get looked at a bit oddly.  Some of my changes may be considered quaint and just part of the eclectic person I've become such as saying "No worries" instead of "No problem."  Others things may rub my American friends in an uncomfortable way.  I'm sure my neighbors really thought I was nuts at the amount of clothing I hung to dry after returning from New Zealand.  To this day, I still hang more dry than before.  It's just part of what I've picked up along the way.

But greater than a few simple changes in the way I do things, I've learned that I can't judge people and their way of doing things, no matter how little sense it makes to me, until I've walked in their shoes.

I've learned that the mentality of a society takes generations to build.  It was hard for me to understand how in the first world city of Moscow, staples in the grocery store could just run out.  It seems to me that anyone who is business minded could plan ahead, do product forecasting--all the stuff that makes a business run without hitches.  But Russia has known "hitches" for generations.  Under the rule of the Tsars, products were limited to the wealthy.  The country starved during the revolution then under the iron fist of communism, every day essentials became non-existent.  It wasn't that long ago that commercialism became available.  It was so easy for me to make a quick judgment about the way  things ran there.  But the more I talked to people, the more I lived in their country and experienced the way things were, the less judgmental I became.