You are the salt of the earth.
But if the salt loses its saltiness, how can it be made salty again?
It is no longer good for anything,
except to be thrown out and trampled by men.
You are the light of the world. 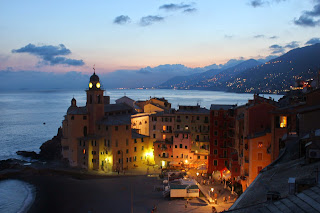 A city on a hill cannot be hidden.
Neither do people light a lamp and put it under a bowl.
Instead they put it on its stand,
and it gives light to everyone in the house.
In the same way,
let your light shine before men,
that they may see your good deeds and praise your Father in heaven.
Matthew 5:13-16

Here we  have two little examples directly following the beatitudes where Jesus said “You are blessed if you have these character traits in your life.”  Not only are we blessed, but these traits spill over and we become salt and light to the world.
Let's start with salt.  Salt was an important mineral in many ways during the first century.  Every audience that Jesus spoke to was familiar with the importance of salt.  It was used every day in preserving food and enhancing flavor.  Roman soldiers were paid a portion of their salary in salt and God commanded the Israelites to add salt to all their grain offerings.  (Lev. 2:13)  Salt was regarded with value no matter who you were or where you were from.
Jesus looked right at the crowd of people He was speaking to and said "You are of value to the world around you.  What you have through Me is something that the world needs."  As Christians we bring an element to the world that is not possible any other way.  As the salt, we bring love, meekness, righteousness, mercy and peace.  These are important things that our world desperately needs.
It's a bit startling when Jesus continues and says "But if the salt looses it's saltiness..."  I've never had a bottle of salt in my cupboard go bad--is that even possible?  Salt in Jesus' day was full of impurities so if it mixed with water, what was left may have looked like salt, but it didn't have any of the benefits of salt.  If the salt was no good, it would simply be tossed out into the road where it was trampled on by horses and carts passing by.  The salt actually had a function of keeping the dust down, but it was not used to its full potential.  This reminds me of the big salt trucks we have back home in Michigan.  When the snow and sleet are coming down, making the roads slippery and dangerous, armies of trucks fill the city spreading salt on the roads to melt the ice and provide traction for vehicles.  The result is a muddy mess.  The salty grime gets on the cars, our shoes and our clothes.  The fresh snow is no longer white and pretty.  It's splattered with brown goo.
When I look at these various uses of salt, I have to ask myself what purpose am I filling?  Am I bringing a pleasant flavor to lives around me or am I mixing with the dust on the road?  Are the qualities I bring to others lives valued as a bag of salt in payment was or am I causing the beautiful white snow to become tarnished with mud?
Light carries a similar idea.  There were no lightbulbs, simply candles and lamps.  A single lamp in the darkness represented life in the midst of emptiness and a place of refuge from possible danger lurking in the shadows.  Work can't be done in the darkness but the beam of a candle illuminates a room allowing life to be active.  If you take a city full of individual lights and put them on a hill, a traveler knows the way to safety for the night.  Of course it doesn't make sense to cover up the light, it would simply be a waste of resources.  But so often we don't let Christ shine through us to the dark world we live in.
What am I offering the world today?  Do others see me and want to praise God?  Does my life hold a quality that appeals to others and points to God?   Am I salt or light?
Posted by Inner Beauty at 12:00 PM