May Your Enemies be Scattered 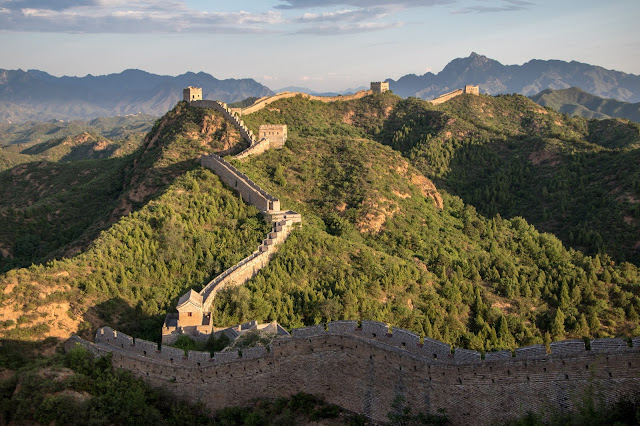 It's not often that I find myself wandering through the book of Numbers. It's a lot of counting and long, unpronounceable names. There's instruction and laws and disappointment and wandering. It's not where I turn when I need some encouragement or something to fill all those empty spots inside me. But Numbers is where I found myself a few months ago.

At that time we were preparing to leave Taiwan. My emotional tank was at capacity. Work had become exhausting and lost purpose. The goodbyes left me raw and depleted. The prospect of summer and all there was to do didn't leave a space for respite. It was not my brightest moment in time.

So during a time when I should have been reading a Psalm a day to give me a lift, I landed in Numbers. God had been giving instructions to the people of Israel through Moses on how they were to arrange themselves as they began the long walk to the land that He had promised them. There were special instructions for the Levites on  how to setup and tear down the tabernacle and tent of meeting as the people moved. Directions were given for the preparation of everything holy as the Israelites prepared to move. All of this must have taken a large amount of time.

The pillar of cloud during the day and the pillar of fire at night had been consistently with them since they left Egypt. God's presence in a tangible way leading them out of bondage to a land filled with promise. At this point in the story the Isrealites have been traveling one year, one month and one day since they left Egypt. That's a long time to be living in a tent - just saying - I didn't do well with two months out of a suitcase last summer. All of this instruction is before Moses hit the rock with the rod which began the years of wandering in the wilderness. At this time there is a destination and the people are ready to begin moving towards it.

This story was resonating with me as I was preparing for my own summer of wandering, being homeless and moving. And then I stumbled upon it. Words that Moses said as the people began their daily travels.

"Arise, ADONAI! May your enemies be scattered!
Let those who hate you flee before you!"
Numbers 10:35

Each day before the journey began Moses called for God's enemies to be scattered. What would that look like for me, in this time of transition, to begin each day asking God to scatter His enemies before I even arrived at the destination? The thought was daunting yet didn't leave my mind over the summer. It kept rolling around urging me to pray that God would scatter His enemies before I arrived. That He would prepare a place of protection for me.

The more I pondered, the more I began asking myself who and what were God's enemies? Of course there are the obvious ones - terrorists, people who harm other people for personal gain, even sickness. But I think that I struggle with the smaller, hidden enemies of God within myself - selfishness, judgment, greed, a bad attitude, bitterness... These are the things that become stumbling blocks in my life and tear me apart from God and people.

As I began this move I've prayed that God would scatter the physical enemies in my path as well as scatter all the little temptations and sins that bring separation between me and God.
Posted by Inner Beauty at 10:55 PM